The envisaged programme aims to strengthen the legal and regulatory framework to protect media freedom and independence in Iraq by engaging stakeholders in a broad-based media law working group to adopt an action plan and reach consensus on two draft laws. The final goal of the project is to ensure a more diverse and gender-sensitive media and media reporting by training journalists to report on diversity and by producing a report on freedom of expression with a particular focus on issues facing women and minority groups. A mins radio magazine on diversity-related issues has been produced.

The project includes an intensive three-day workshop and a seven-day production segment. In the second phase, participants carried out hands-on reporting fieldwork, working in pairs under the guidance of their international and local trainers to gain practical experience in reporting on various prominent diversity issues relevant to the current Iraqi context. The produced radio magazine will be distributed widely through national, regional and international radio stations.

In collaboration with local partner organisations, the implementer will monitor incidences of violations against women's and minority groups' rights to freedom of expression. The monitoring and campaigning outputs include a series of press releases and letters to officials in response to threats or violations of freedom of expression. The ongoing monitoring will culminate in a publication of freedom of expression in Iraq in The series of activities outlined in this project targets women journalists and thus raised their journalistic expertise and ultimately benefitted the public's right to receive information through a diverse media.

The two day workshops entitled Professional skills for mid career women journalists were held in Amman. It offered a forum for discussion on key issues and challenges faced by women journalists in today's Iraq: reporting current Iraqi events, and specifically, reporting on and around religious diversity during the current conflict.

The workshop paid special attention to sharing information and awareness about women's rights as well as to the empowerment of women through the media in general and through the internet in particular. MDI brought to the workshop experts on the issues mentioned above. The aim of this project was to enable moderate Islamic NGOs in Indonesia to speak loudly, clearly and efficiently through the media, gaining control over the way in which they are perceived through the media.

The rationale behind the project is that it is essential to support and assist moderate Islamic non-governmental organizations in their efforts to promote the concept that Islamic values can be the basis for a non violent democratic political system, equality between sexes, and religious tolerance. The project consisted of a series of workshops organized in cooperation with local partners, On Track Media and the Alliance of Independent Journalists. They were attended by Islamic NGO participants and journalists. Recognizing that suitably experienced and skilled Reporting Diversity RD trainers are incredibly rare on the global media training market, MDI intends to train more of them on a regular, systematic basis.

Development of a specialized reporting diversity trainers-training program and the resulting pool of highly trained professionals will benefit MDI but the industry as whole as well. Our aim is to create, within three years, a pool of trainers, at which point training will be reviewed and decision will be made as to whether the pool needs to be sustained through further regular training programs. Conducted during the tense spring and summer of , this project aimed to bring together journalists from different ethnic groups, and to train them in coverage of diversity-related issues.

The cross-ethnic team worked together on a series of articles. The trainer and the journalists would use as their core training material an MDI reporting diversity manual in both Albanian and Macedonian languages. MDI already had a Macedonian version - an Albanian translation was produced under this grant. Over 10 days a team of 10 journalists produced a series of articles, six of which were published in the journalists' newspapers. Considering the circumstances at that time - the tense spring and summer of - MDI considers this a significant success.

At one point the funder was discussing with us a possible cancellation of the event altogether because of the increase in inter-ethnic conflict, but together we went ahead after taking local advice. Department of State. An educational course designed to assist news agencies - as influential media players distributing material to many outlets - to gain a better understanding of, and sensitivity towards, diversity-related issues.

The objective of this modest educational project was to work with the news agencies which, since they have more consumers then a single news medium, have more influence and reach. All of them had been providing local and regional media with news and information, developing at the same time a modest news exchange service with other news agencies from the Balkans and region-wide.

The Beta News agency established a Reporting Diversity News Exchange service providing along with the assistance of other partners in the MDI-initiated Reporting Diversity Network high quality articles on ethnic minorities and their human rights as well as on the other diversity-related issues gender, children, disabled people, homosexuals, etc. Partners: Center for Independent Journalism Budapest. Increasing the capabilities of minority Roma communities to interact effectively with majority media in order to introduce their perspectives and proposals into mainstream reporting and help counter discriminatory reporting on their communities.

The project aimed to improve the coverage of the Roma population - which was plagued by prejudice - by the mainstream media. Tendencies towards segregation of Roma are strong, and prejudice deep-rooted. Most Roma have little or no influence over information that has great potential impact on them. Objectives were to enable minority Roma communities through their formal and informal leaders and NGOs to increase their capabilities to interact effectively with majority media in order to introduce their perspectives and proposals into mainstream reporting and help counter discriminatory reporting on their communities.

A study of the media diversity situation in Indonesia to make an assessment as to whether MDI's work would be useful and cost-effective in that country.

If the assessment indicates that MDI can play an effective and meaningful role in Indonesia, further consultation with potential beneficiaries will culminate in the preparation of a media diversity project for the region. The aims of this project is to find out what are the media diversity issues and problems if any that need to be addressed in Indonesia, to invite the people there to give their solutions to those problems and to talk to people about solutions that MDI and others have tried in other places and found out if it could be relevant to Indonesia.

The project will take place in two or three phases: research, consultation and project preparation. Supporting the media in Bosnia and Herzegovina to facilitate post-war trauma recovery, as well as promoting reconstruction and the reconciliation across the ethnically divided country. Through cross-ethnic and cross-entity initiatives, MDI built constructive and influential relationships between journalists and news organisations.

Part of the Royaumont process, key aims of this project were to support ethical conduct; promote diversity within media; encourage co-operation and solidarity among journalists; and to raise awareness of the principles of tolerance. A project to support understanding, tolerance and respect among different nationalities and minorities. It aimed to support independent and reliable journalism in the target countries by providing emergency assistance to journalists and media organisations, as well as supporting conflict resolution and co-operation between media centres in the region.

The Media Diversity Institute, as the IFJ's partner for this project, undertook the last two sub-projects: crisis reporting and special feature team reporting projects. Partners: The International Federation of Journalists. Media in both Latvia and Romania were assisted to help diminish tensions within their ethnically divided countries by strengthening the capabilities of these news organizations to distribute more in-depth, balanced, and pluralistic reports. Those objectives were to enable media to promote greater popular understanding of human rights, to support greater understanding among all ethnic groups of the social, political, and economic concerns within each community.

Through cross-ethnic initiatives, MDI aimed to build constructive and influential relationships between journalists and news organisations. Based on this work, Florin Pescinu, director of the center for Independent Journalism Bucharest launched a series of seminars and round- table discussions on diversity related issues. The guide provided a valuable hands-on tool for organising reporting diversity workshops and seminars, and proved useful in schooling the media in how to cover inter-ethnic relations in more sensible and more professional way.

Aside from the resource manual, it included the creation of a special reporting diversity supplement that focused on diversity-related issues, to be published simultaneously in Dnevnik, Denas Weekly, Fokus Weekly in Macedonian language and Fakti and Flaka in Albanian language. The program supports research by civil society leaders in Central and Eastern Europe, the countries of the former Soviet Union, and Mongolia. This month project aims to use the power of the media both the news and entertainment media to create deeper public understanding of ethnic and other minority groups and their human rights issues in the countries of the South Caucasus. 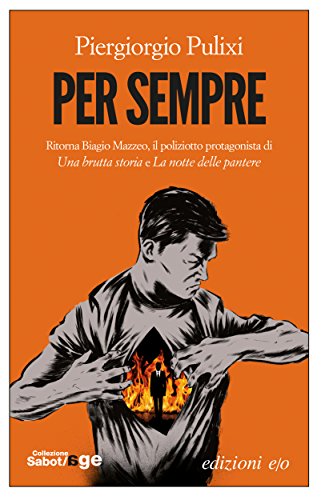 By presenting these marginalized, vulnerable and misportrayed groups in fair, accurate and balanced ways, the media will raise public consciousness of minority rights and help combat xenophobia, racism, ethnic discrimination and intolerance. Informed, inclusive, and professional media coverage of ethnic minorities and issues of importance to them are the best bridge between divided ethnic groups.

The programme targets journalists at all levels, ethnic and minority leaders and their NGOs, journalism educators and students, and the general public. Activities are predominantly training-based and are diverse, ranging from provision of diversity reporting tools, to cross-ethnic team reporting exercises, to workshops for ethnic and minority leaders. A project designed to defuse tensions in Russia's major cities between the majority ethnic Russian population and the country's many ethnic minorities - particularly those of Caucasian descent - by training the media to provide more balanced and accurate reporting of ethnically charged issues.

The project was created to defuse tensions in Russia's major cities between the majority ethnic Russian population and the country's many ethnic minorities, by training the media to provide more balanced and accurate reporting. It aims is:. To develop a curriculum and training materials for teaching the skills and sensitivities of reporting on these issues;. To provide, through its briefings and press conferences, a constant stream of information about ethnic communities in Russia and issues that affect them, in order to maintain a healthy and transparent public discussion.

The course included 12 sessions. It was taught by leading Russian and foreign journalists, conflict experts, and NPI staff. During the course, selected participating journalists undertook supervised projects which were then submitted to national and regional broadcast outlets. 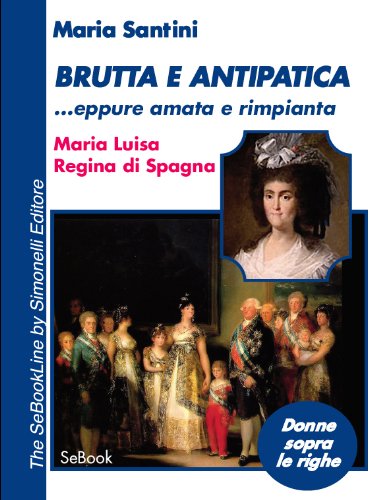 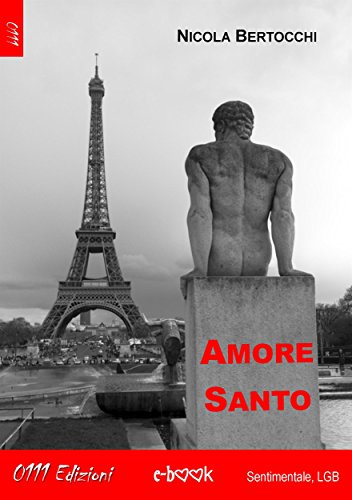 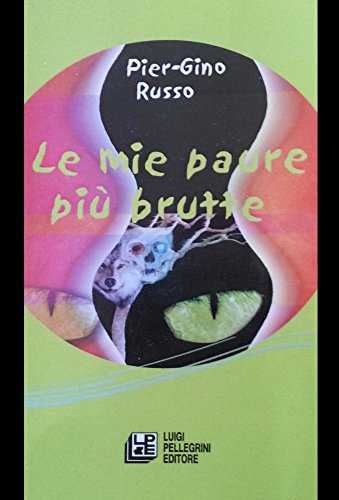 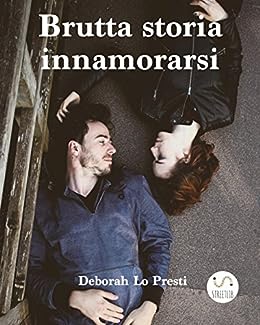 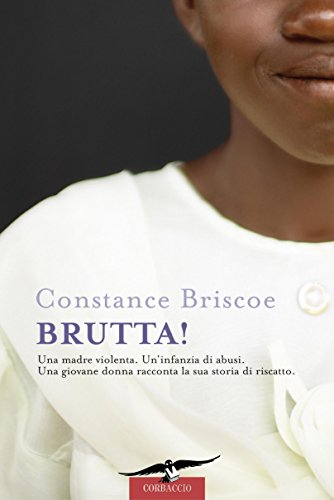